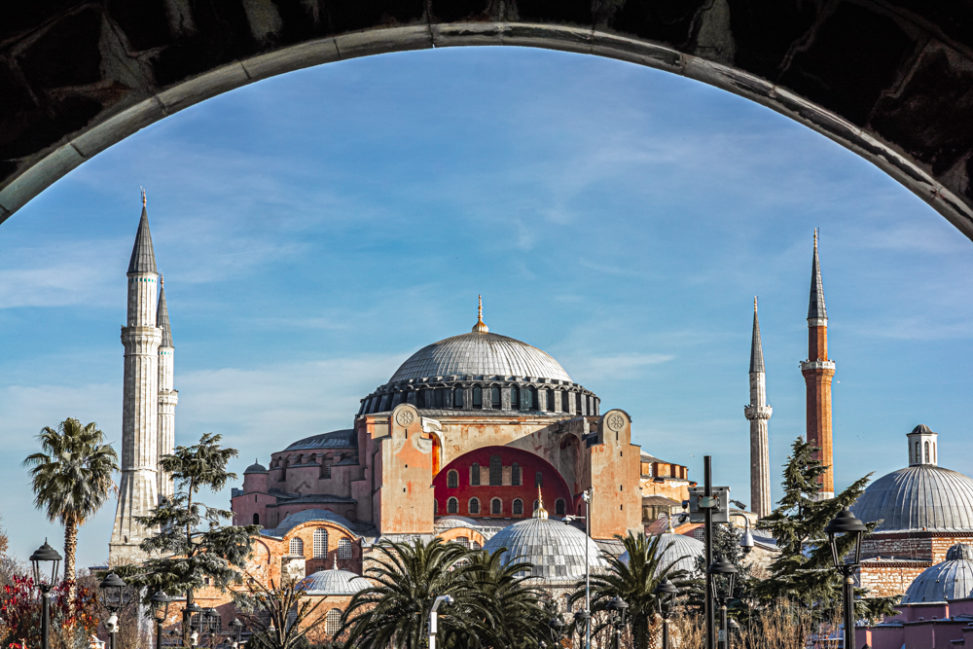 The Architecture of Hagia Sofia and Blue Mosque

The magical interior of these two mosques…

Istanbul’s rich histories is well preserved to date back ancient times and up until present. It was our first time to see Istanbul and it’s surprisingly amazing. Our stay there was definitely not enough so we would like to see more of Turkey and what it has to offer. Hopefully soonest on our next visit whenever we have to fly again for vacation from our home Middle East to Europe.

We arrived noon time at our hotel and we are so excited already to explore only around the area we gonna stay for few days while we are in Istanbul. The next day we went to the most famous landmarks in Istanbul the Hagia Sofia and Blue Mosque which is luckily just opposite to each other.

The Blue Mosque is also known as Sultan Ahmed Mosque (Sultan Ahmet Camii) still a functional mosque and visitors should follow the dress code guidelines otherwise they have available clothing to borrow. The construction of this mosque started 1609 during the reign of the Sultan of Ottoman Empire and this place is protected already by UNESCO World Heritage Site .

This place is commonly flocked by tourists but I still manage to get some good photos of the beautiful architecture of the mosque. The art of the ceilings and walls are so sophisticated. You might wonder why it’s called “Blue Mosque”, it’s because of the blueish carvings of the interior design.

The facade of the Mosques in Istanbul are all similar where blue color is abundant and the Blue Mosque has the same.

Just a walking distance from Blue Mosque, our next stop is this museum (for now). We got lucky that the que to buy the ticket is not long and it was just before lunch time (pro tip).

Hagia Sosphia (AyaSofya) was inaugurated 360 AD during the rule of Constantine I of Roman Empire and reconstructed lavishly at 537 AD after several damages. This place of worship has been changed dramatically to 3 different religion from Orthodox, Roman Catholic and Muslim then now a National Museum.

The chandeliers looks so magical and I got so amaze with the picture of Mother Virgin Mary and Child Jesus Christ in the form of a mosaic at the center dome.

Both Hagia Sophia and Blue Mosque are under restoration so you may see scaffoldings in the pictures i took.

“The use of traveling is to regulate imagination with reality, and instead of thinking of how things may be, see them as they are.” – Samuel Johnson

“Photography for me is not looking, it’s feeling. If you can’t feel what you’re looking at, then you’re never going to get others to feel anything when they look at your pictures.” – Don McCullin